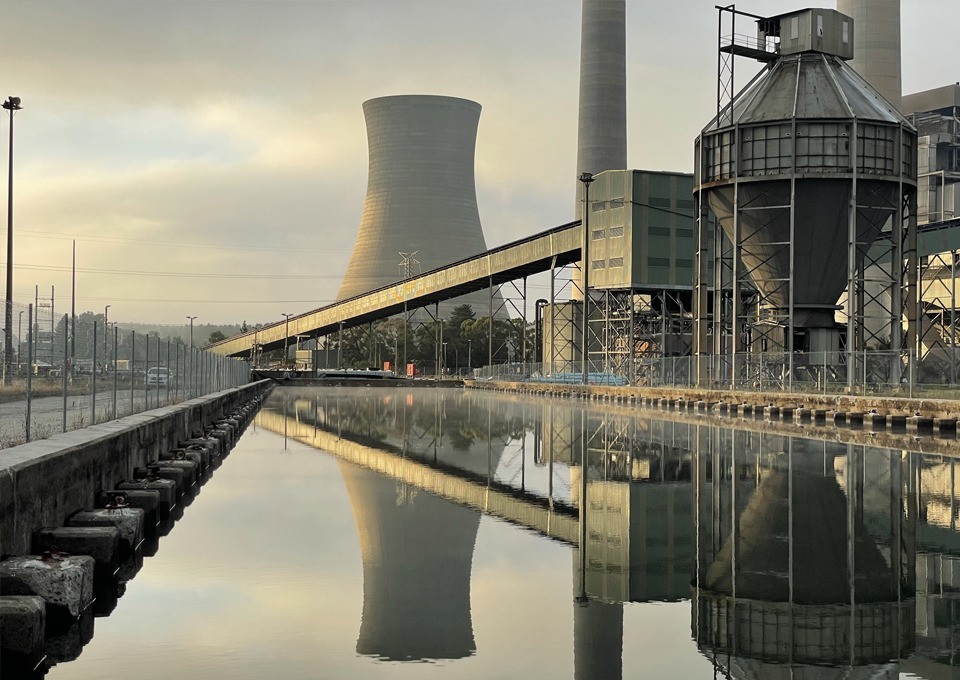 Transformation of the Lithgow Economy

The future of the Lithgow economy

It is commonly accepted that the economy of the Lithgow local government area is at, or at the very least approaching, a major crossroads. Efforts to decarbonise the Australian economy are gathering pace and this means that areas like Lithgow are at risk of losing backbone industry and being left behind economically.

Privately owned NSW group Greenspot is focused on ways to address this challenge, having acquired the Old Wallerawang Power Station in 2020 with a vision to repurpose the 620 hectare site into a multi-use precinct for a combination of industrial, commercial, tourism, residential and recreational uses.

As Greenspot CEO Brett Hawkins puts it, "Competition for capital investment in regional areas is becoming more intense as mines and coal-fired power stations bring forward closure dates. Each area has its own unique community needs and dynamics, however in every case there will be efforts to create and maintain a stable business environment to attract major private sector investment.”

Greenspot has stated that it wants to play a meaningful part in diversifying and building resilience in the local economy. Recently, the company has raised the possibility of an energy from waste (EfW) facility at the old Wallerawang Power Station site. The company says that a modern facility could be a catalyst for their development as a whole and would enhance economic and social outcomes by helping to attract a range of new industries to the area.

Hawkins says, “We're exploring EfW as part of our project because it would help to generate hundreds of long-term jobs and play a part in addressing the urgent waste problem in New South Wales. It aligns with the State Government’s policies around waste management and regional investment and development. Other countries have shown that it's safe and innovative. We believe that this could completely change the trajectory of the Lithgow economy."


Energy from waste isn't new. It's only new in Australia.

There are currently more than 1,700 operational EfW facilities across North America, Europe and Asia. Many countries use the technology to reduce unsustainable landfill dependency and make progress toward carbon neutrality.

There are three facilities within 6 kilometres of the Eiffel Tower in Paris. In Long Beach, California, an EfW facility operates on prime waterfront real estate. A Copenhagen facility operates within 1.7 kilometres of the home of Princess Mary and the Crown Prince, with a grass-skiing slope on top and adjacent to the most expensive real estate in Denmark. When the former coal-fired Skærbæk Power Station was converted to an EfW facility in 2017, Princess Mary visited the facility in its opening days to celebrate its launch.

However, a negative view has been put forward. At a meeting convened last week by the Greater Lithgow Community Action Group, comparisons were drawn between modern EfW facilities and health impacts associated with the use of Agent Orange in the 1970s during the Vietnam War.

Hawkins said, “I was at the meeting in Wallerawang last week and listened to the arguments put forward against EfW. I do not believe that in the 2020s any facility would be approved which has health impacts of that kind. No-one, especially the Environment Protection Authority would support that. But as I mentioned on the night, there is also a very different view put forward by leading global experts on the science.”

If an EfW project at Wallerawang reaches the point of a formal proposal, a human health risk assessment, air quality modelling, rail and traffic impact assessment and other studies will be required as part of an application process. Any proposal would have to meet or exceed world's best standards and any proposed facility would require data from, and comparison to existing operational 'reference facilities' of similar size, technology and waste stream for the NSW Government to fully consider the project's viability.

An EfW facility in NSW would not be permitted for development if scientific modelling predicted that the emissions are likely to contain pollutants that exceed levels deemed safe by the NSW Environment Protection Authority. If ultimately approved, emissions from an operational EfW facility would be monitored constantly to ensure compliance.


Australia’s leading sustainable waste management company Cleanaway has been working with Greenspot on the potential for an EfW facility at Wallerawang.

Cleanaway Project Director James Pearce said, "Modern EfW technology is incredibly sophisticated. It has been developed based on over 50 years of operational experience in Europe in particular. It is safe and can play a very important role in waste management in Australia by diverting non-recyclable waste from landfills which are already nearing capacity. At the same time it can unlock a range of exciting opportunities for adjacent industry.”

Greenspot says that an EfW facility, if developed, would occupy less than 2% of their site at Wallerawang. It would provide around 1,000 direct construction jobs over 3 years and 85 permanent operational jobs.

Greenspot expects hundreds of additional long-term jobs to be created because of the large-scale investment that such a facility would attract from businesses seeking to co-locate. Based on enquiries and feedback from businesses interested in co-locating, there is significant interest in the 50MW of baseload power, heat and useable CO2 that can be generated and provided onsite. Such businesses include recycling, manufacturing and food production in state-of-the-art-glasshouses.

Hawkins said, “We want Wallerawang and the Lithgow area to be seen as a safe and stable place to do business and a great place for people to live in and visit. It can be a place where solutions are provided for the most complex of challenges including the energy transition, food and water security, recycling and waste management, and the onshoring of manufacturing. EfW can play a role in all of these things and that is why we believe the opportunity should be considered fully for Wallerawang.”